Every Saga Has a Beginning

AND SO DOES EVERY ACADEMIC BOOK

Some years ago—never mind how long precisely—I received an email out of the blue from Costica Bradatan, inquiring whether I might be interested in submitting a proposal for a new series that he was editing for Bloomsbury. The series was called “Philosophical Filmmakers.”

“Costica introduced himself as a professor of philosophy at Texas Tech University and at editor at the Los Angeles Review of Books. Describing the series as “interdisciplinary,” he wrote that “the titles in this series don’t come primarily from film scholars, but from philosophers (or philosophically-minded scholars working in other disciplines).” I gathered that I fell into the latter category. The titles, he continued, “are about such figures as Eisenstein, Chaplin, Dreyer, Tarkovsky, Bergman, Kurosawa, Orson Welles, Bunuel, Pasolini, Godard, Fellini, David Lynch, Angelopoulos, Kiarosami, Malick, and so on.”

Whew! I remember thinking at the time, quite an arty, highbrow list. I wasn’t sure I was going to be interested, though I immediately thought of a colleague or two at NYU Abu Dhabi who might be.

The email continued: “These books are about their authors’ personal relationship with the films of a director who has inspired them over the years, about their philosophical engagement with these films and how they have marked (enriched, changed, stimulated, etc) their intellectual life.”

That sounded like a book I’d written a few years back for Bloomsbury’s 33 1/3 series on the Rolling Stones’ album Some Girls. I’d really enjoyed writing that book. And the books in this series were about the same length, 50,000–60,000 words. I was starting to get interested.

The list of authors that followed had ninety-seven entires and was a veritable who’s who of philosophy and cultural theory. I figured most of these would never make it to the proposal stage, let alone actually get published. And it was, indeed, a relentlessly art-house list. 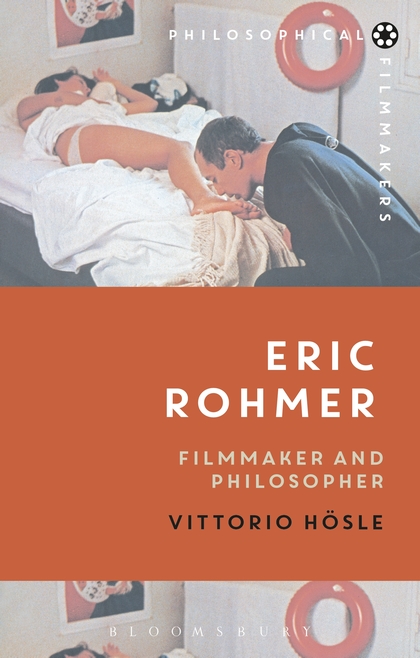 The first book in the series was Vittorio Hösle’s account of the legendary film critic-turned-director and a central figure in the French Nouvelle Vague, which (according to that book’s back cover) “reconstituted French cinema based on the theoretical principles articulated in the Cahiers du Cinéma.”

That’s when I decided to make a pitch. It would be fun to be on that list, and even more fun to be writing about a filmmaker whose work would seem, at first glance, to cut against the grain of the list. So I wrote back:

For your series, I’d be very interested in contributing a book on George Lucas. I’ve been interested in Lucas’s work since I saw American Graffiti and Star Wars when I was in high school. I’ve been thinking for years about the relationship of Star Wars and its sequels to the idea of technophobia, and I contributed a piece on that subject to the anthology Myth, Media, and Culture in Star Wars. I taught a course entitled “Technophilia and Its Discontents” here at NYUAD last fall, and I expect to teach it again in Fall 2017.

The book I’m proposing to you, therefore, would be a meditation on my (about a few million other people’s) “personal” relationship to the universe that Lucas creates in Star Wars, and on his and our conflicted relationship to technology. It would also meditate on the collaborative nature of film production and therefore, to a certain extent, it would examine the idea of the film auteur that seems to be implicit in your series.

I didn’t really expect him to be interested, but he wrote back enthusiastically the next day: “Believe it or not, George Lucas has not been taken, so he is all yours.”

And now, after readers’ reports and a contract and a pre-Rise of Skywalker first draft, the completed manuscript that you see pictured above is now at the press awaiting the go-ahead from a confirming reader. (It is an academic book, after all, and academic presses are about as mobile as dreadnaughts.) That reader’s report, appropriately enough, is due to the press today.

The title didn’t turn out to be “George Lucas: Filmmaker and Philosopher” in the end. How it got its new title is a story for another day.